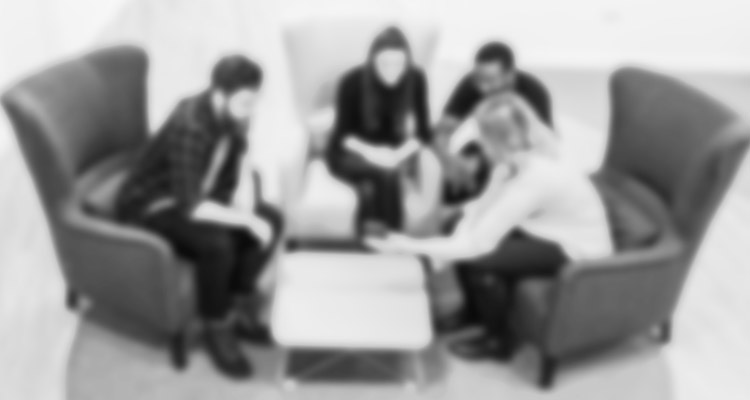 “Never ask a question you didn’t know the answer too”. The first rule I was taught in advocacy at law school.

Sometimes it can be one of the biggest allies in getting through meetings, a fact championed by my colleague Jamie Griffiths when we were delivering the incredible Enterprise Product, “Playmaker” at Reading Room.

As a project lead, preparation is the key to steering any meeting I own, but it’s always worth going back to basics when you’ve got a chance and continually reviewing approach and technique. Here I draw on a mixture of experience and “lockdown” reading material.

Sometimes part of influencing the outcome of a meeting involves knowing an answer to the questions your asking but allowing the team (internal or external) to come to the same conclusion by their own means.

Here coaching differs from teaching, and the result is a lot stronger.

It allows the other party to own and buy into the answer, as it’s theirs.

Meetings can be a bone of contention. Invite people when they don’t suppose they’re needed, and you’ll get lambasted, don’t invite people and their nose will be put out of joint.

I’ve been guilty of both, and sometimes it’s hard to tell until the meeting organically evolves who you’ll need for it.

Whether you’re imparting knowledge or finding answers, to truly get the most out of a meeting, there must be a consensus ad idem – a meeting of minds, again drawing from my legal training – a fundamental axiom of contract law.

But this does require some thought and to get the most out of precious time and to keep the meetings time-boxed, and on track, I’ve used the following method.

In their “Positive Business” series “The Secrets of Successful Negotiation” Nirenberg & Ross suggest that there are essentially four question types you can use to open, do the bit in the middle and close a meeting.

The trick here is to keep momentum and move through each stage.

The outcome of not doing this usually means one or a combination of the following:

A. The meeting overruns massively;

C. The objective of the meeting isn’t met (no outcomes or answers found).

Commonly called ice breakers. These questions are designed to make sure the other parties are aware you’re about (critical on a remote session, and they can’t see who has dialled in), who is leading, and to start building rapport (if you’re dealing with a new team).

While at Rippleffect, I was lucky enough to work with a Technical Architect who was very good at this, Paul Rafter. At pitches or kick-off meetings he’d work the room turning a sometimes cold start into a warm and friendly environment. Including people with these skills in your meetings is another positive tactic for moving things forward and building rapport.

Simple questions like “How are the family”, or “Have you been getting your 1 hour of exercise a day” work well.

This level of questioning can be the most daunting, but keep it light and conversational. There can be cultural differences here (some set a high standard by this, others avoid it) so do your homework if working with offshore teams.

The reverse side of the coin is dealing with some people you or your team know quite well on the call.

This is where I’ve seen individuals fall into the first trap. They’ll start the meeting and have a good chin wag waiting for others to join – but even when there’s a full complement of people, they’ll still continue.

The time to move to step 2 is when everyone’s arrived.

Failure to move on can leave new attendees or people who might not have the history of rapport starting to disengage straight away. Not ideal when you may need to rely on them for later stages.

My solution to this has been to find a pause in the chit-chat and suggest “…as we’ve got everyone, shall we run through the agenda as I know XYZ’s time is precious”.

It shows respect for the other teams most precious resource (their time), doesn’t put the chatty team member in an awkward position by merely calling them out and professionalism in wanting to move forward.

The next stage it to essentially confirm what the problem is to be fixed/discussed or resolved.

For example, “When do you need ABC by?”.

It is a fact-finding exercise where you get to confirm the problem. Often the problem isn’t actually what you thought it was and there’s been miscommunication before the meeting. Sometimes this works in your favour – for example, you have extra time to deliver the project. Other times it works against you but being aware of a problem is better than still having the issue and not being aware of it; as Rumsfeld put it in 2002, the “unknown, unknowns” can kill a project.

Having an agenda which you have shared before the meeting can help here. While you should not put down solutions on the agenda, it may get the team to start thinking ahead, saving valuable time. Even better the other party may add things to the list, giving you some time to consider the points rather than springing them on you in the meeting and expecting an answer.

If you are being invited to a meeting and there’s no agenda, politely ask for one. I’ve been in the unfortunate scenario of attending meetings someone has set up on behalf of another team member, everyone dials in, and there are no real goals in mind creating confusion and frustration.

Agenda’s don’t need to be involved, just a list of bullet points with some high-level notes.

The critical thing in seeking information is to define the issue, so you’re not going to spend time fixing something which isn’t broken at the expense of something which might be. I’ve included an example of how this might work in the next section.

In the third stage, the aim is to get the team to start thinking about solving the issue/s in stage two.

This can be done tactfully and with some thought, can produce great results.

If you’ve already considered potential solutions before the meeting, you can start with “have you considered” or “what would ABC look like”.

These types of questions can plant the seeds of a solution in the mind of the attendees. Even if the end solution isn’t what you have suggested, sometimes it just takes a nudge in the right direction to get people thinking creatively.

An example here was a sports client I had was expecting a set of functionality to be delivered all in one go for a very tight deadline.

Given the amount of work involved this was not going to happen if we were going to keep the quality and the cost consistent; when we looked at some of the functionality, it was unlikely to be used until the start of the season (a good month after the deadline). It meant we could look at more QA and training for the core system.

Putting this suggestion down on the table changed the atmosphere of the meeting from one of just having problems, to one where we (the supplier) were looking to help with creative solutions and assist in delivery.

This is the second biggest area, where I’ve seen people fail. The problem has been agreed, the solution found, and then they revert to off-topic small talk, and the actions start to grey out in peoples mind.

At this point, as a project manager, you need to start surmising the position and getting the stakeholders to agree with the outcomes verbally.

That does not mean you’ve solved all the problems; some of the outcomes may be solutions, and others might involve prototyping or finding more info.

Whatever the outcome, go through them now and ask “Are we all agreed?”, if there’s no dissent, thank everyone, wrap up the meeting and move onto the next task at hand, writing up the notes and distributing them (either by email, of using a collaborative tool such as Confluence / Google Docs).

This gives you belt and braces, if someone does disagree after this, it’s either going to be an excellent point, or they were not paying attention.

There is a fifth question which Nirenberg & Ross suggest can be used and is essentially a negative version of (2), e.g. “are you having third party supply issues?”.

It needs to be used with caution if you’re the supplier and the other party is the client as it’s likely to spin the meeting into a negative dive.

The first thing is preparation. Do you your homework before going into meetings.

While training for an ultra marathon, David Goggins said in his autobiography “Can’t Hurt Me”, when you’re in the thick of it, removing those little issues and doubts beforehand can make the difference to completing the race or dropping out.

You’ll encounter left field behaviour at some point from the external or internal team, but take it in your stride.

Keep the momentum up by having a focus on running through the four points in order, and use an agenda as your tool for doing this smoothly.

Understand the issues, solve the problem and get consensus.

“Can’t Hurt Me” (I used the audiobook)