This weekend I was told by a beautiful girl in a library how to bring my “A” game when writing Linkedin articles. Or at least I was watching her on a YouTube advert promoting Grammarly – “The World’s Most Accurate Online Grammar Checker” (from their meta description).

With Microsoft’s Word having dominated the writing sphere for decades, and Google Docs not offering anything over MS Word other than a collaborative experience Grammarly piqued my interest.

At 11:30 pm on a Friday night I decided to switch off the Xbox One, boot up the MacBook Pro and have a look inside this brave new Grammarly world being run by Brad Hoover.

It’s worth noting straight off that the full Grammarly suite is a paid for service. Their advertising does say that the software is free but as with many SaaS solutions, they offer a tiered service. The free version is essentially Google Docs; the paid service is the one I’m looking at and comes with a significant increase in functionality.

On the plus side, if you’re blogging as part of a business Grammarly should be tax deductible in the UK, and if you want to cancel before seven days, you’ll get your money back.

The web interface in Chrome is nice, well laid out and looks the part. The way in which the system displays its messages is very slick and fully employs HTML5. There are plugins for Chrome, OS and Word (but not Google Apps).

When using forms, a little Grammarly logo appears to show that the system is checking what you’re writing.

Initially, you wonder why you’d need this, but as the YouTube advert suggests you write a lot of informal content online, from social media to dating sites and first impressions count. It’s also available on products like JIRA when you’re writing client feedback notes – again in these situations, it’s important that your English is good, and Grammarly will help with this.

If you don’t want Grammarly to check everything you write you can switch it off (though the logo itself isn’t at all intrusive in daily use).

The subtle Grammarly logo in the comment box of JIRA. There to help… or to be switched off.

The Grammarly system comes with various settings some of them I’ll mention here, but it’s worth checking out yourself and experiencing them first hand.

The best part is the score out of 100 which suggests how “A” game you are. Don’t worry too much about getting 100, some of the suggestions Grammarly puts forward make sense in most situations, but can be a little off when being specific about technical terminology.

Naturally, there’s a spell checking option which highlights and suggests correct spelling along with a sophisticated analysis of sentence structure such as “squinting modifier” and “confused preposition” – most of which went over my head, but allows you to swap and move words about until it reads well.

the Grammarly web interface showing the left navigation, highlighted text, feedback (on the right) and document score in the footer

It’s also possible to select the type of document you’re writing – such as “medical,” “blog” or “academic” and the system will alter how it looks at what you’re writing based on a different context.

One useful feature for students is the “plagiarism” checker which scans “8 billion pages” online. I’ve switched this on but as yet no red sirens warning me about stealing other people’s content.

Finally, I found the “professional proofreading” option. Even in the paid version, this did feel too good to be true – having my very own proofreader to check every document. Sure enough, it’s an additional cost on a per word basis along with how quickly you want the report back. The proofreading is something I’ll probably investigate in the future, but it’s too cost prohibitive for goodwill work.

So the ultimate question is, “Is Grammarly worth the money?”. As with all investments, this depends on what your return is. On the assumption you’ll be using it regularly, getting a lower score would suggest you would benefit from using Grammarly and the money would be well spent.

Conversely, if your score is hitting the late 70’s and early 80’s then it is probably a lack of attention to detail.

I wrote this article in Google Docs (and included the original Google Document here as a PDF download which scored 77) and then moved it into Grammarly for checking – it’s now at 98. You can see for yourself what’s changed.

Footnote: A feature I didn’t realise existed was you get a handy email summary of how your writing has been going so far. I’ve included mine below:

Watch the Grammarly advert below… 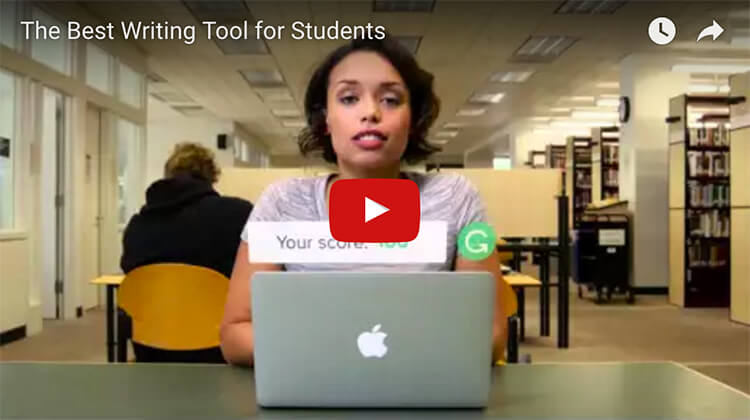