I was pretty excited to have Dune be remade. I really enjoyed the 1984 version of Dune and I loved the books when I was 16. As always there are some worries about how the text will be interpreted based on ‘modern’ thinking. I started to watch it and thought “This has the spaceships of Arrival and the Cinematography of Bladerunner” – only to look and realise they were all directed by the same person, Denis Villeneuve.

Now not only has Denis Villeneuve created Dune, Arrival and Bladerunner 2049 – he also directed Prisoners, which I almost fell asleep in it was so boring.

Before I get any further though I need to say this. Dune Bagpipes.... What the F*ck? To be honest the whole music thing was a bit off-kilter (some pun intended). I absolutely hated the tribal music - whoever came up with that should be sent to Dune and eaten by a worm, But the bagpipes were some of the worst things I've heard coming out of AirPod Pros ever. Really, avoid bagpipes in all future films. Please.

In my view, casting can make or break a film. I'd not like to be in charge of it at all. You can pick newcomers, but then maybe they don't really sell the movie, or you can try the flavour of the month in this case a sickly sweet bland vanilla ice cream by the name of Zendaya. 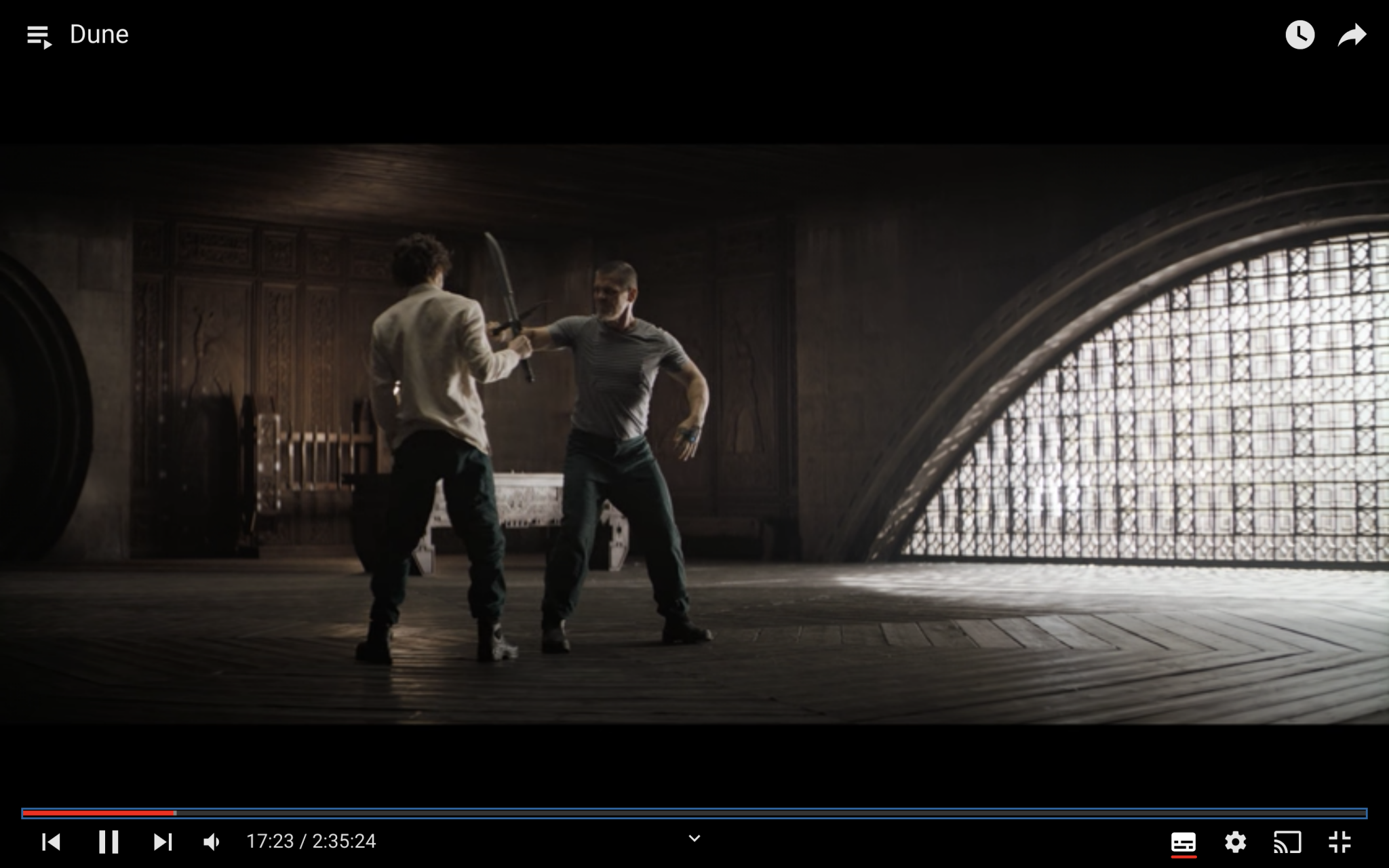 Josh Brolin as Gurney Halleck worked well. He's got presence, can act (useful) and came across as genuine. I loved Josh in the Goonies when I was a kid, and to be fair to him he's done some good things and looked after himself. 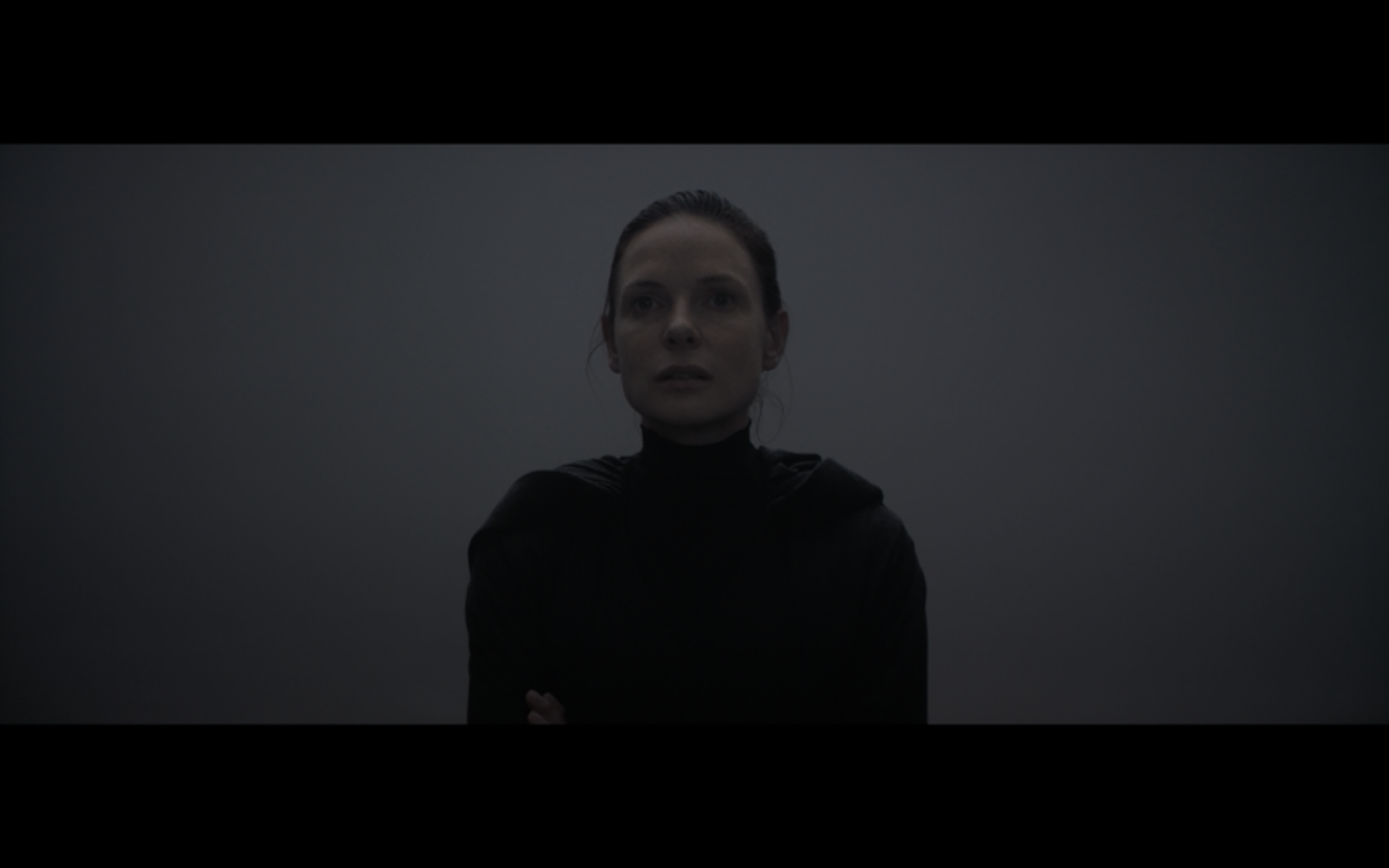 Rebecca Ferguson as Lady Jessica Atreides worked well. Moving deftly from femme fatal in Mission impossible to Bene Gesserit Sister. Okay I get that. Bought it. Some of the scenes were a bit too self servingly dark though. 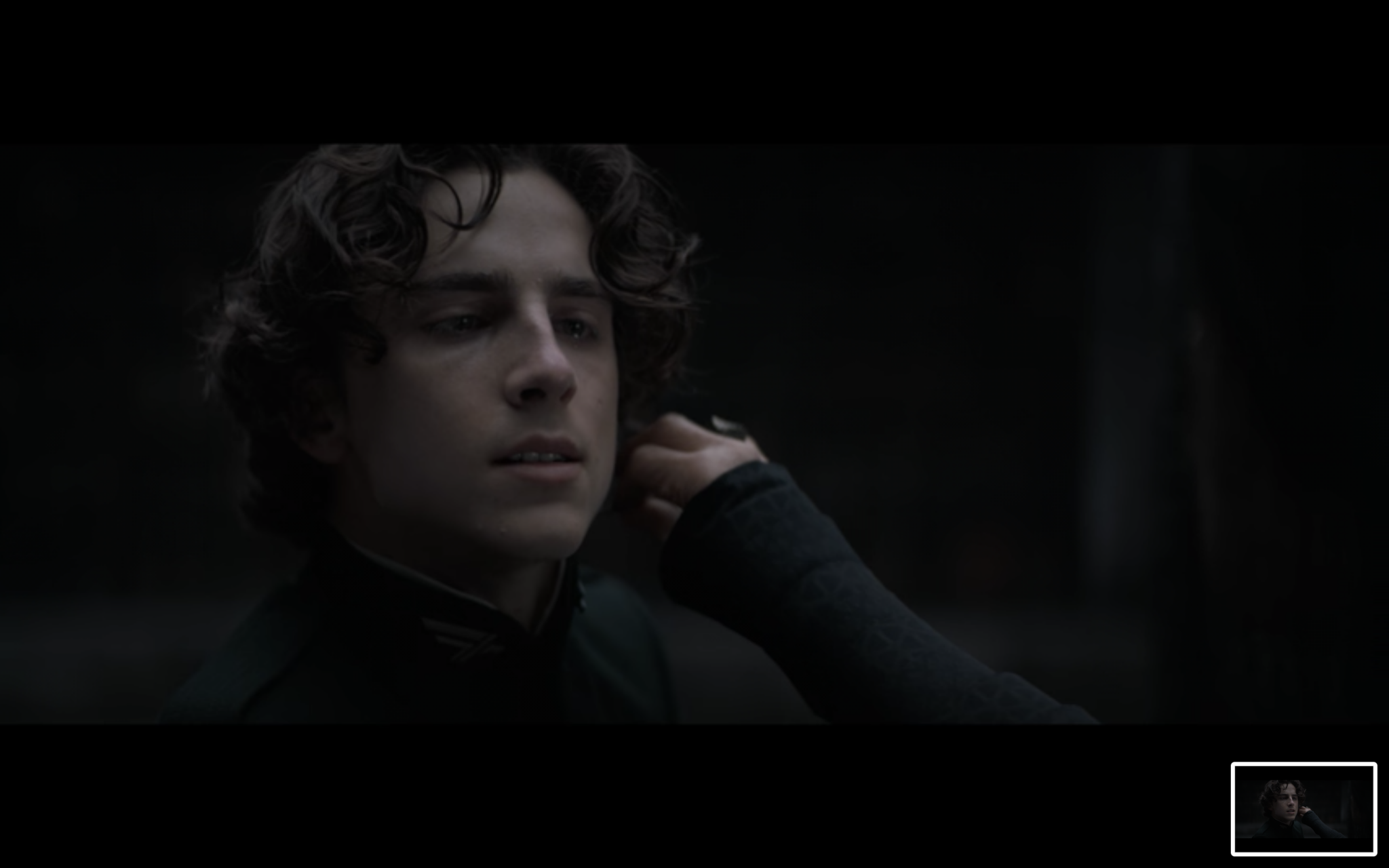 I'm still a bit torn on Timothée Chalamet as Paul Atreides. I don't think having seen him in "Lady Bird" helped or "Don't Look Up". He didn't really exhibit anything, to be honest, other than a petulant child. I can't remember how old Paul is in the book, but Kyle MacLachlan was better. Sorry I had to say it. I was also going to write something rude about this particular face Timothée Chalamet is pulling, but thought better of it.

Where the hell was the Emperor's daughter? 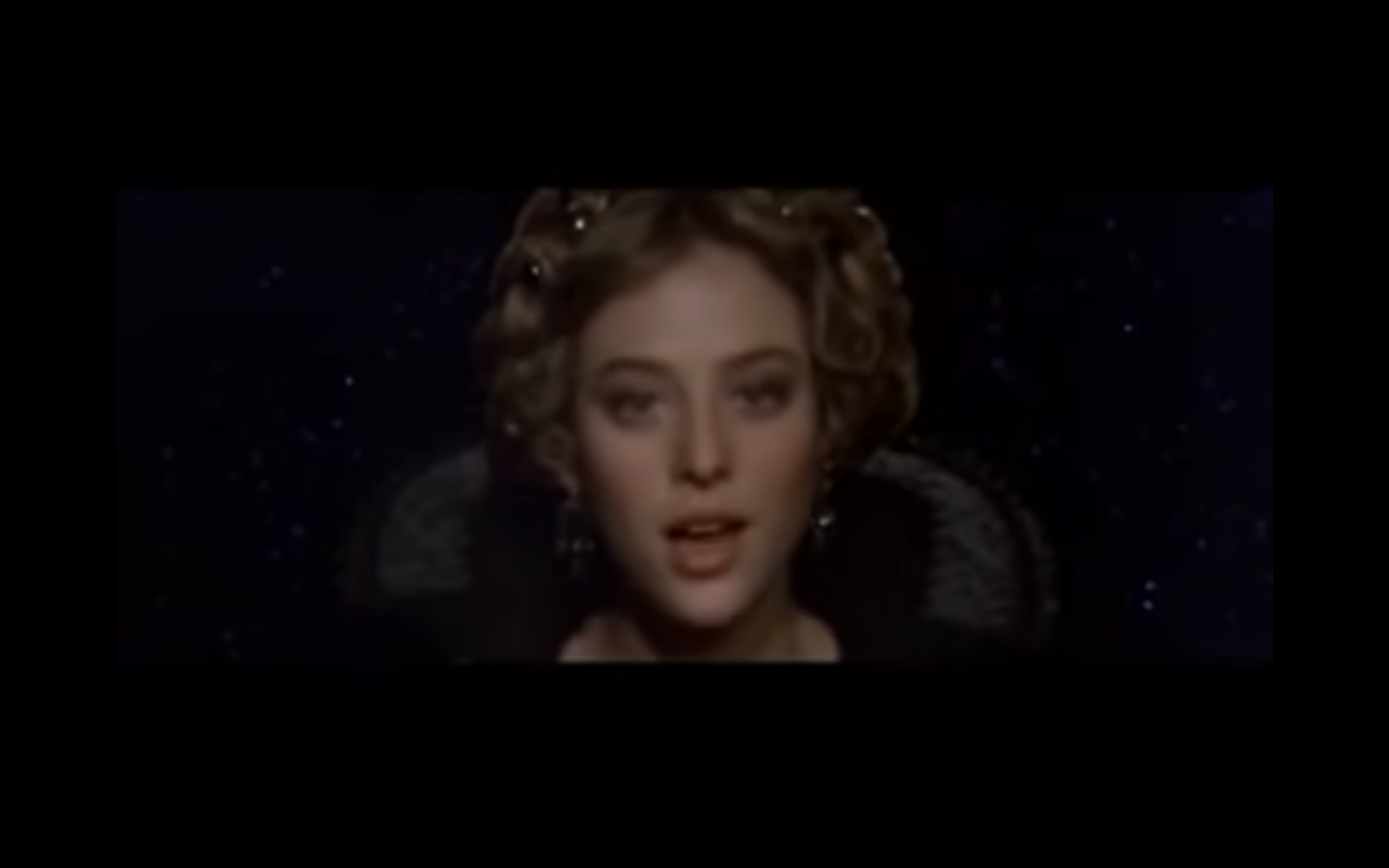 The guild navigators were utterly boring. And where the hell was the Emperor's daughter?! I think that's what got my teenage self interested. That and the original dramatic music (which I even bought on CD).

A better one of Rebecca Ferguson as Lady Jessica Atreides. Though looking through a few examples her principal role seems to be to look concerned or nervous.

Zendaya as Chani didn't work for me either. Far too trendy and 'in the now' to be bothered with this casting.

Whoever this person is. She was rubbish.

Here's Dave Bautista as Glossu Rabban Harkonnen. I've lightened this one up as I'm getting bored of Denis Villeneuve's dark moody shots. Now I did not like Dave Bautista in GotG at all. Nor in the weird, rubbish zombie film in Las Vegas. But he shines here and is a really good Glossu Rabban Harkonnen. A bit like when I saw Chris Hemsworth in Thor and hated him, but he was perfect in Extraction, Rush and the unofficial voice over for Forza. Some people are just made for roles. Others are cast in the wrong ones and don't quite fit.

I think this is a Guild Navigator ship. It looks pretty cool. Reminds me of Simon Stalenhag paintings.

I liked the little animation sequences - like this one showing the Dune Spice Harvester being picked up and moved around. It didn't really make any sense at all given people and lights could levitate without jets or power, so why they needed balloons, but we'll forgive that for now.

I'm fairly certain, early on Duncan Idaho was extolling how amazing the Fremen were in battle. And yet. A middle-age woman and her 6 stone son can out fight them.

I think remaking this film was going to be very hard. But, not harder than Bladerunner - given it's fanbase too. Villeneuve got some things very right, and improved on the original film and some things just so wrong. This is a shame, as the end result for me was an average 5/10. I can see why it polarised reviews. Hopefully, part 2 (I hate it when films do this) learns from the mistakes of the first, but they're not going to be able to fix some of the casting errors. A good start would be to lay off the wailing Freman nonsense.

Like the Above? Below Are Hands Down the Best Blog Articles You’ve Ever Read

Covid compliance forced physical shops to close and accelerated the use of technology to make purchases and communicate. Increased tech [...]

If annealing, superposition, and qubits all sound like new Netflix films to you, then I too was in the same [...]

Digital Currency: The Next Fintech Challenge?

With the likes of Dorthy Perkins and Topshop on the brink of collapse, what can governments do to stimulate spending [...]

Lockdown 1.0 was a golden opportunity to learn some new skills, move out of comfort zones and into new [...]

"Never ask a question you didn't know the answer too". The first rule I was taught in advocacy at law school.  [...]

During the recent Maxwell Bond Webinar (kindly organised by Riana Butler) on "Agile Project Delivery" I sat as a panellist. There [...]

The room erupted in laughter when my colleague accidentally had a double typo in a sprint meeting and wrote “twat” instead [...]

Using Clouds to Help the Homeless

The tech ops guys were banging on about CloudFlare again, and I had no idea why. Did Cloudflare sponsor them? Surely it [...]

Frustration increased as my colleague prodded her greasy index finger on my Macbook Pro’s screen and tried to swipe the web [...]

Getting a highly qualified candidate with the most in-depth knowledge about your company’s chosen technology is the most valuable potential employee [...]

This weekend I was told by a beautiful girl in a library how to bring my “A” game when writing Linkedin [...]

Key Performance Indicators, they’re not something a project manager needs to worry about right? They’re just a buzzy term used by [...]

Getting Team Buy In

What's the best way to get the most out of your team? Rule them with an iron fist and push them [...]

The internet is rapidly growing, and it's becoming more and more commonplace just to accept that every site you use pulls [...]

The accepted three pillars of project management are: On time, to budget and the right standard. Assuming the latter two are [...]

Failure is not an option fallacy

Many managers use the term "failure is not an option". One of the best pieces of advice I've ever heard came [...]

Ben Maffin People often talk about how interruptions disrupt their flow and the ability to produce good quality, consistent [...]

The XOX Method for Project Success

A common mistake made by project owners is to create a system which is either over engineered or is overly feature [...]

Live in 2 Days The MVP Conjecture

Getting a site up and running can take months or years for some companies. Can you do this quicker? What are [...]

What’s The Point to Pair Programming

Pair programming is a technique which essentially puts at least two developers on any given project at any time. So What's The [...]

Technical Debt, What is It

Technical debt is often an overlooked element of development but has far reaching implications on profit, delivery and quality of a project. What [...]

What Is Project Success

Like many questions in digital project management, this is a trickier to answer than most people initially think You'll find numerous answers, [...]