The photo was taken at the Cars and Coffee Wirral meetup in Birkenhead. The cars are all parked by the four bridges on the “new” (it’s about 20 years ago) development by the Irish lorry terminal. Cars and Coffee, Wirral event is pretty much what it says on the tin, people with cars turn up and everyone has a coffee (or a tea). There are toilets and refreshments in the Contact Company building and everyone seemed okay. 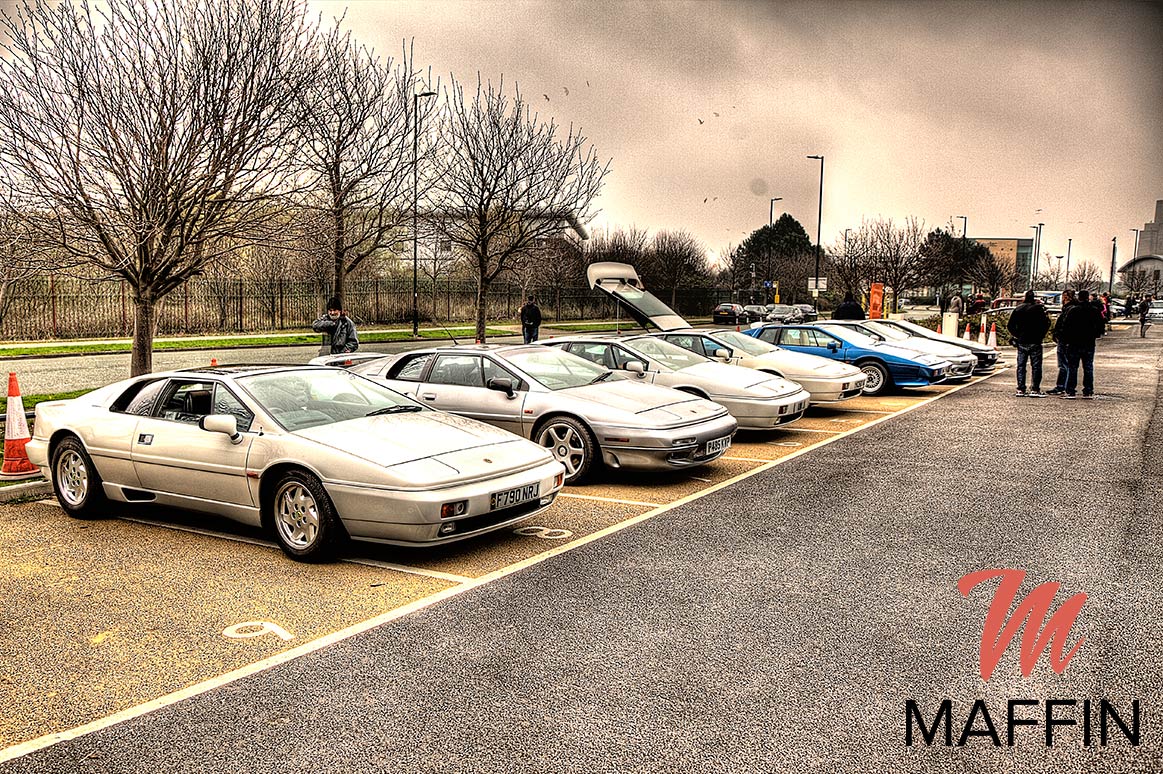 Cars and Coffee Wirral, Lotus line up by the Contact Company

A few tracksuit-clad Birkenheaders didn’t lessen the tone too much, and there was a good turnout of cars – with some decent diversity. From Audi R8’s to old Fords and a nice Lotus Lineup. Unfortunately, the seagulls didn’t like the Lotus and decided to poo all over them, right down the line. The other coffee place got a right titty lip on when I tried to pay with a tenner “we’ve not got enough change”… why this was my problem I didn’t understand, surely he got the memo that it was a Cars and Coffee meet up on the Wirral, so people might bring notes along… Or maybe not. Either way it didn’t spoil it, just annoyed me that his lack of preparation became my problem.

There’s no charge to go to the Wirral Coffee and Cars and I think you can pretty much turn up in whatever and park up. I’d avoid taking your family car to the main car park – less you park it between an exotic TVR and a M4. Take the kids though, they’ll like looking at the motors, and if they don’t, go on your own or get new kids.

The video below of Cars and Coffee, Wirral gives an idea of the setup.

The Cars and Coffee Wirral has changed location and is now based in Hamilton Square. I went to the meeting on Sunday 12th September with a friend and his lad. There was an okay turnout – though the threat of rain probably put a few people off.

I took this quick shot of Cars and Coffee Wirral – the cars were over both car parks and some had just left the other one. The Lexus was an interesting one, super lowered and the Lambo was also a crowd-pleaser.

The atmosphere as usual was relaxed and friendly and there was good, reasonably priced coffee from the coffee shop on the corner.