The National Lottery, run by Camelot, Watford undertook its biggest Point of Sale launch across 27,000 retail outlets. I was lucky enough to ride this wave and get involved in a number of diverse projects which saw me travelling around the UK and working with other suppliers.

One of the biggest headaches for any POS launch is understanding what is going on at ground level. I worked with the lead project manager Graham Atherton and the likes of Mike Kirchin at Plan2 Install, to design and build an estate management tool. The estate management tool allowed real-time reporting on what assets were in the 27,000 retailers – along with pictures taken by the installation team.

Given the sheer number of retail outlets for the National Lottery, there was a lot of pressure to get the estate furnishings completed and out in the wild. The main unit was called (somewhat confusingly) a “Playstation” and although it looked quite simple it had a lot of metalwork and plastic in it.

Quality was high on Camelot’s launch briefing, and we noticed that some of the units weren’t being assembled correctly. I was involved in working closely with Andrea Elshout’s AAC (who made the units) and created a manual on how the units had to be put together.

I pulled together all the photography (of how the units went together) and copy for the manuals which were then given to the sizeable production line to check against.

In the same way we needed to make sure the build quality of the units for Camelot were kept high, the way in which they were installed was also paramount as there was some assembly needed (attach the blue hood and make sure play pads were secured etc). Having these done incorrectly would at best look shabby and at worst be a health and safety issue.

The installation instructions then went online to take into account any minor changes to the documents, reduce printing costs and allow for quick access to the teams.

One of the advantages of having the installation manual was to also protect Camelot from slack installation by third parties. If a retailer complained and took a picture of the installation and it did not follow the guidelines, it meant that Camelot could get the third party to go back out to the retailer and potentially fix the issue with no additional cost.

The Camelot POS installation manual proved invaluable and where it was followed the Estate Management tool showed a significant reduction in any issues reported by the retailers. 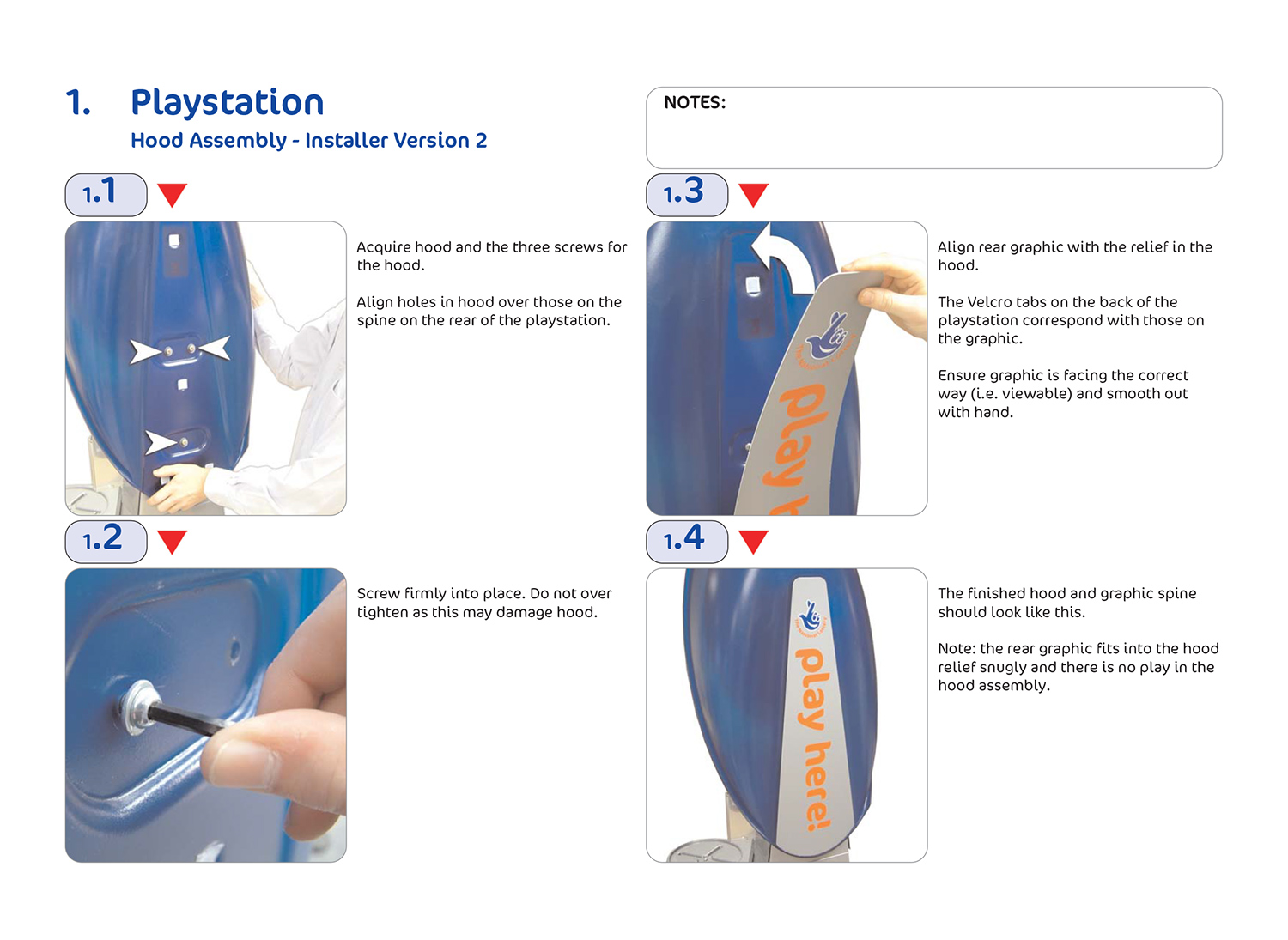 As the POS rollout progressed, so did Camelot’s promotions of the National Lottery on National TV and advertising campaigns. This involved an evolution of games and their names which required the retailers (rather than the original installation team) to update the POS. As with the installation teams, the retailers needed some guidance to make sure the game POS were installed consistently across the estate. 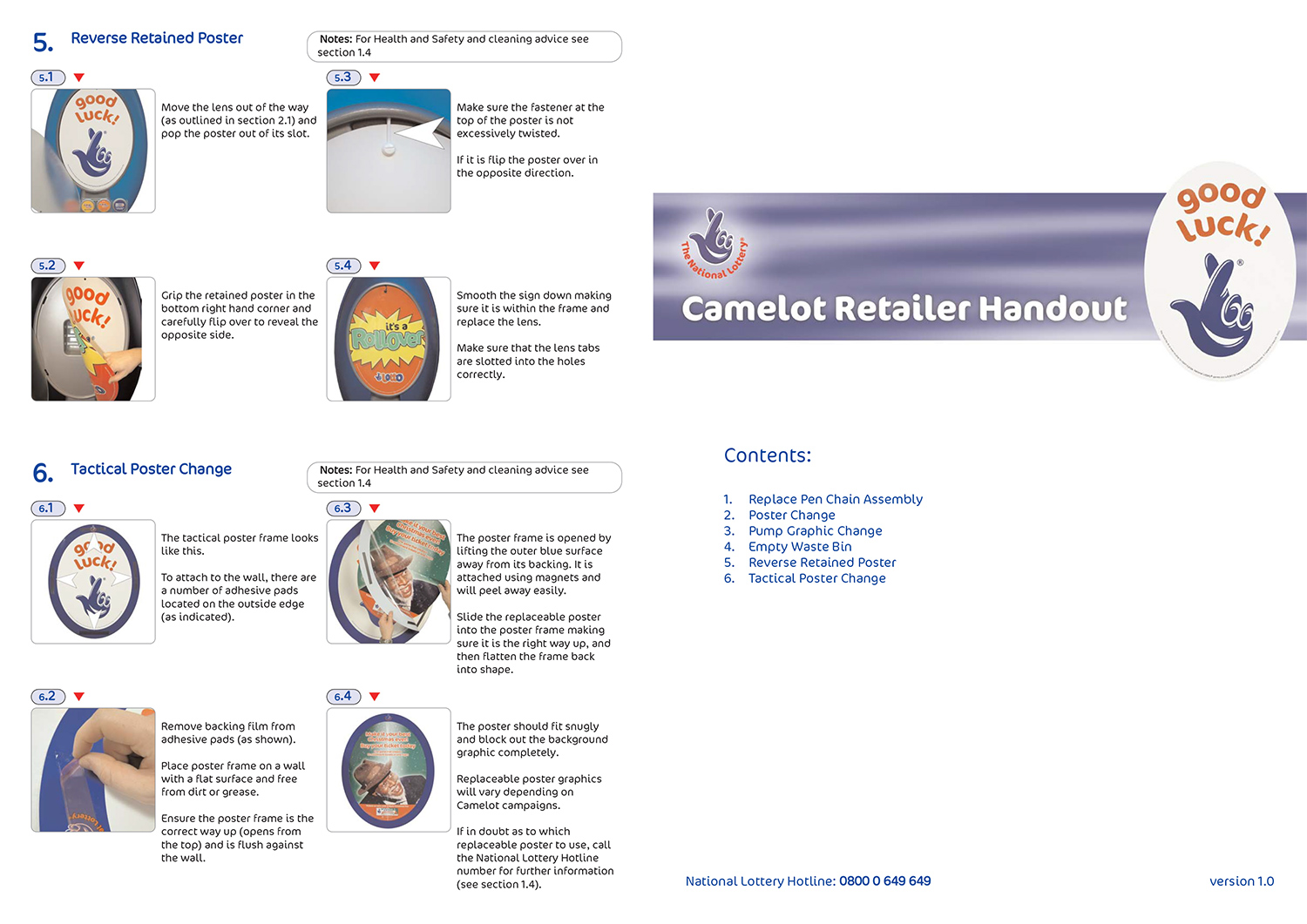 SOME OF THE DIVERSE BRANDS I’VE WORKED WITH

Like the Above? Below Are Hands Down the Best Blog Articles You’ve Ever Read

Covid compliance forced physical shops to close and accelerated the use of technology to make purchases and communicate. Increased tech [...]

If annealing, superposition, and qubits all sound like new Netflix films to you, then I too was in the same [...]

Digital Currency: The Next Fintech Challenge?

With the likes of Dorthy Perkins and Topshop on the brink of collapse, what can governments do to stimulate spending [...]

Lockdown 1.0 was a golden opportunity to learn some new skills, move out of comfort zones and into new realms [...]

"Never ask a question you didn't know the answer too". The first rule I was taught in advocacy at law school.  [...]

During the recent Maxwell Bond Webinar (kindly organised by Riana Butler) on "Agile Project Delivery" I sat as a panellist. There [...]

The room erupted in laughter when my colleague accidentally had a double typo in a sprint meeting and wrote “twat” instead [...]

Using Clouds to Help the Homeless

The tech ops guys were banging on about CloudFlare again, and I had no idea why. Did Cloudflare sponsor them? Surely it [...]

Frustration increased as my colleague prodded her greasy index finger on my Macbook Pro’s screen and tried to swipe the web [...]

Getting a highly qualified candidate with the most in-depth knowledge about your company’s chosen technology is the most valuable potential employee [...]

This weekend I was told by a beautiful girl in a library how to bring my “A” game when writing Linkedin [...]

Key Performance Indicators, they’re not something a project manager needs to worry about right? They’re just a buzzy term used by [...]

Getting Team Buy In

What's the best way to get the most out of your team? Rule them with an iron fist and push them [...]

The internet is rapidly growing, and it's becoming more and more commonplace just to accept that every site you use pulls [...]

The accepted three pillars of project management are: On time, to budget and the right standard. Assuming the latter two are [...]

Failure is not an option fallacy

Many managers use the term "failure is not an option". One of the best pieces of advice I've ever heard came [...]

Ben Maffin People often talk about how interruptions disrupt their flow and the ability to produce good quality, consistent [...]

The XOX Method for Project Success

A common mistake made by project owners is to create a system which is either over engineered or is overly feature [...]

Live in 2 Days The MVP Conjecture

Getting a site up and running can take months or years for some companies. Can you do this quicker? What are [...]

What’s The Point to Pair Programming

Pair programming is a technique which essentially puts at least two developers on any given project at any time. So What's The [...]

Technical Debt, What is It

Technical debt is often an overlooked element of development but has far reaching implications on profit, delivery and quality of a project. What [...]

What Is Project Success

Like many questions in digital project management, this is a trickier to answer than most people initially think You'll find numerous answers, [...]